Modal analysis applied to a structure is the study of its modes of vibration and the frequencies at which they take place. All structures tend to naturally vibrate according to their modes of vibration, as long as they are not under the influence of external actions that results in what is known as forced vibrations.

Typically, the oscillatory motion of a structure composed of an elastic linear material obeys Hooke’s law:

In the above equation F corresponds to the sum of all the forces incident on the structure, x is the displacement of the structure and its first and second derivatives are the velocity and acceleration, respectively. [M], [C] and [K] are the matrix of masses, damping and stiffness.

If we think of a structure that has been subjected to an impulse-type force for an instant, the structure will be oscillate after applying this force. This implies that for F = 0, there is oscillatory movement of the structure although the three terms on the right of the equation are not zero.

This example serves to understand that each one of the vibration modes are independent of the force to which the structure has been subjected, so that it will only depend on the three matrices previously introduced. Said matrices are inherent to the structure itself and therefore the modes of vibration and the frequency at which they occur will only depend on parameters intrinsic to it and the boundary conditions to which it is subjected.

It should be taken into account that the displacements obtained in each mode of vibration by means of a modal analysis are normalized values ​​and, therefore, since they are relative magnitudes, it is not possible to obtain measurements of the direct displacement that a structure would suffer when vibrating according to said mode.

This type of analysis is commonly performed in all types of structures and buildings because they are very useful.

For example, at the design stage of a structure, the modes of vibration and the frequency at which they occur vary as the mass distribution or morphology of the structure changes. Modal analysis will make it possible to identify which prototypes are more convenient than others if, for example, it is expected that the final design will be subject to disturbances at certain frequencies.

It can also be very useful for comparing the current state of a structure against another state in the past. If the results of a modal analysis carried out at a given moment are compared with those of an experimental modal analysis carried out today and there are differences in the modes of vibration, it is possible that said structure has undergone some change in its stiffness, mass or damping, given the equation presented at the beginning of this entry. In other words, modal analysis, complemented with experimental measures, is a tool that can be present both in the design phase and during the maintenance of a structure.

If you are interested in delving deeper into this type of analysis, in the following links you can find interesting readings in relation to this topic and a video of a project carried out by the Polytechnic School of Madrid.

Example of a modal analysis performed by finite elements.

Finally, we show below a simulation that allows a clearer understanding of the results obtained from these analyses. Four of the most important vibration modes of a structure corresponding to the chassis of a vehicle and the frequencies of these modes are shown. To carry out the analysis, the lower area of ​​the structure has been fixed, which will have all its movements limited. It should be noted, as mentioned at the beginning of the article, that the displacements displayed are relative, since they would depend on the applied load.

It is important to clarify that, although we carry out modal analysis using finite elements, these can also be carried out experimentally or using traditional mathematical models. 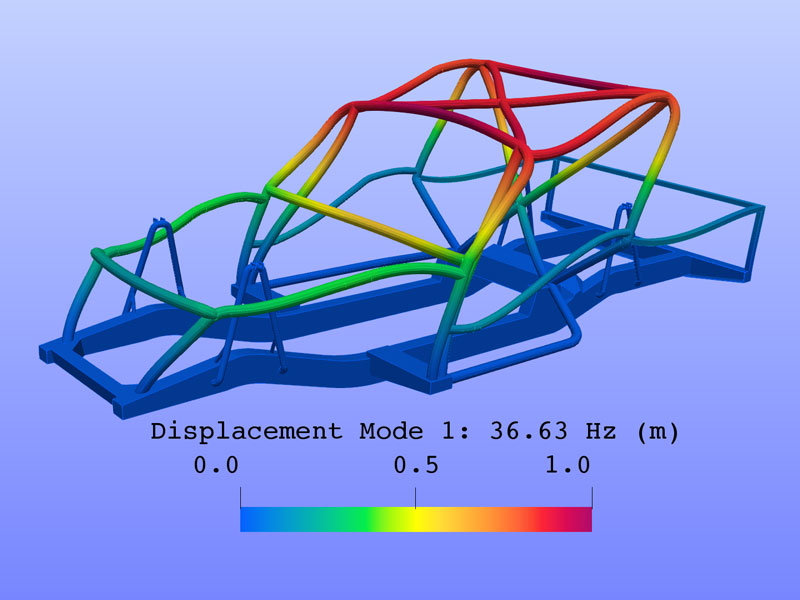 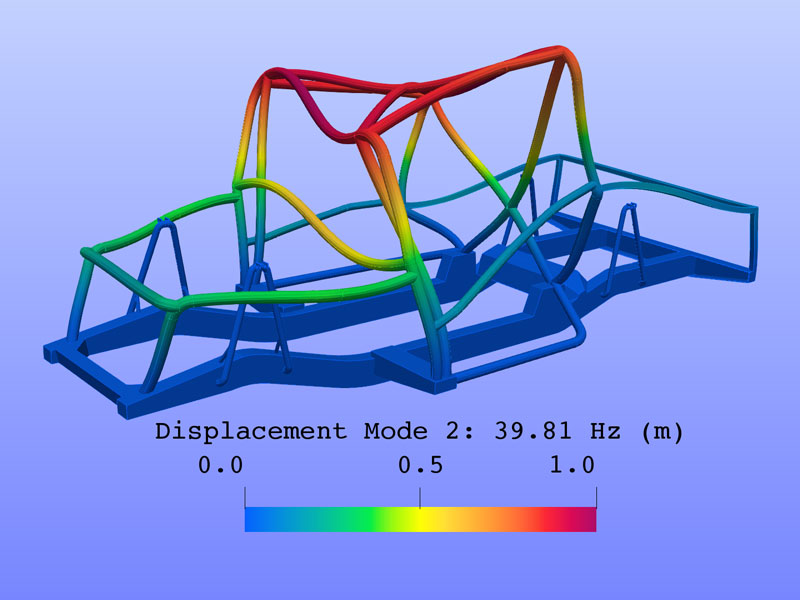 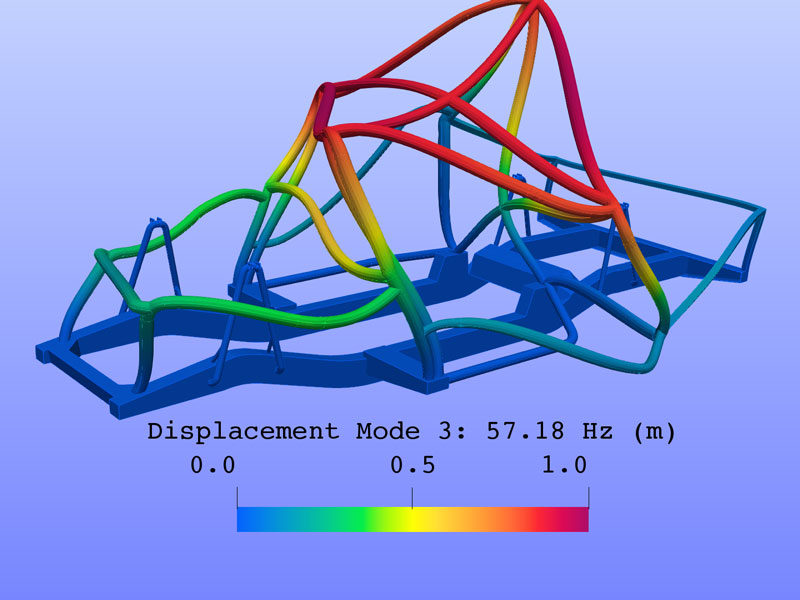 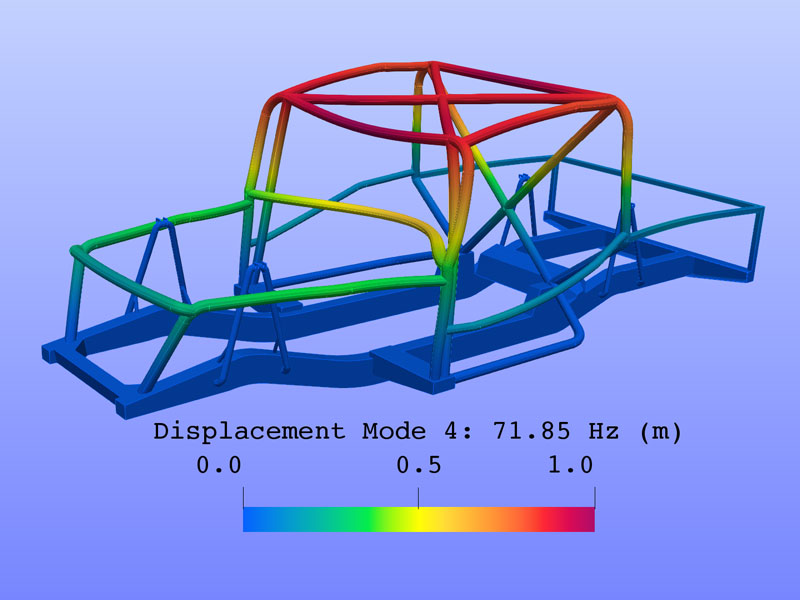