Fluid dynamic analysis of air flow inside a PC case

This study shows the capabilities of CFD in terms of fluid dynamics and heat transfer by analysing the airflow inside a computer case.

The case and all components are fully specified. The computer has inside the motherboard, the processor, a copper heatsink, power supply, graphics card and a disk reader. The objective of the study is to determine the optimal position of fans to achieve the highest possible cooling in the CPU.

The computer has three air inlets / outlets, and it must be analysed how to place the fans to reduce the temperature of the processor as much as possible. All fans are of the same type. This fan can work at two speeds, the upper speed offers twice the flow rate than the lower speed, and the pressure-flow curve is known. Since there are three possible inlets or outlets, it will be possible to work with two inlet fans and one outlet fan (so that the outlet fan will work at high flow and the rest at low flow) or two outlet fans and one inlet (from analogously). Thus, in total there are six different possibilities to be evaluated. Two of the inputs are located on the side of the case and the remaining one in the upper rear area, as shown in the following images: 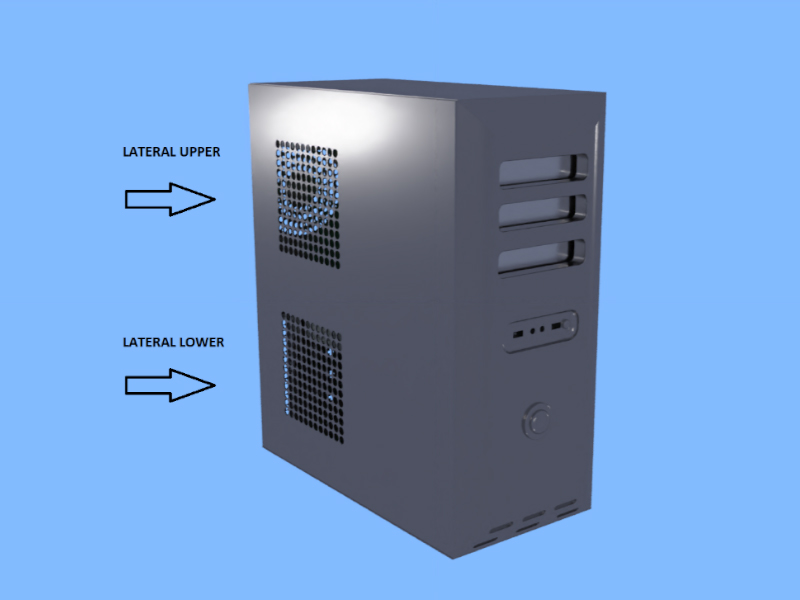 The processor has its own fan that applies air to the heatsink, which maximizes heat transfer. In the simulation, only the elements of a certain size that act as an obstacle to the passage of air (disk reader, graphics card and power supply) have been included. These elements have been represented in a simplified way as parallelepipeds, respecting their total volume, but without modelling the small details they may contain. Likewise, elements such as cables or small components that make up the motherboard have not been included in the simulation either, since it is assumed that their influence on fluid-dynamic transport does not have much relevance for the main objective of the study.

Below is a video of the simulated geometry:

The simulation was carried out in OpenFOAM version 8 software, using the “chtMultiRegionFoam” solver. In it, two different regions have been simulated: the volume of air (fluid) and the heatsink attached to the CPU (solid). 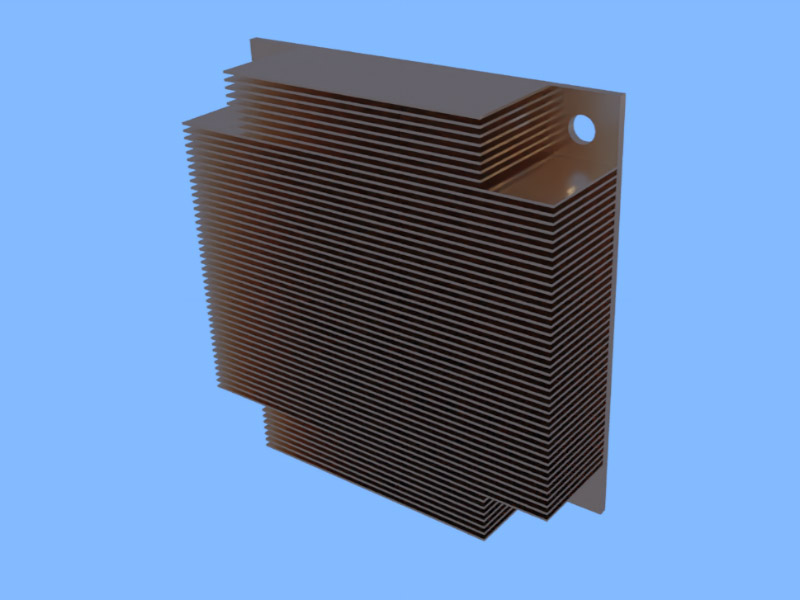 The internal fan has been simulated using the “fanPressureJump” condition, and the external fans using the “fanPressure” condition. The outlet / inlet is always specified by the maximum flow that the fan can provide, and the two remaining ones are imposed the aforementioned fan condition with its corresponding curve. The software calculates these two flows (which should result in half the flow maximum, for each).

For the simulation, a constant heat load (80 W) in the processor is considered, which will be transmitted to the heatsink and from here to the air flow.

The table of results obtained for each of the simulations is shown below:

As can be seen, the optimal arrangement is one in which fresh air is introduced through the lower side inlet, and hot air is withdrawn through the two upper areas, obtaining a steady state CPU temperature of 54.43. The result is quite coherent, since hot air tends to rise, and it seems more effective to remove it once it is in the upper area of ​​the housing. 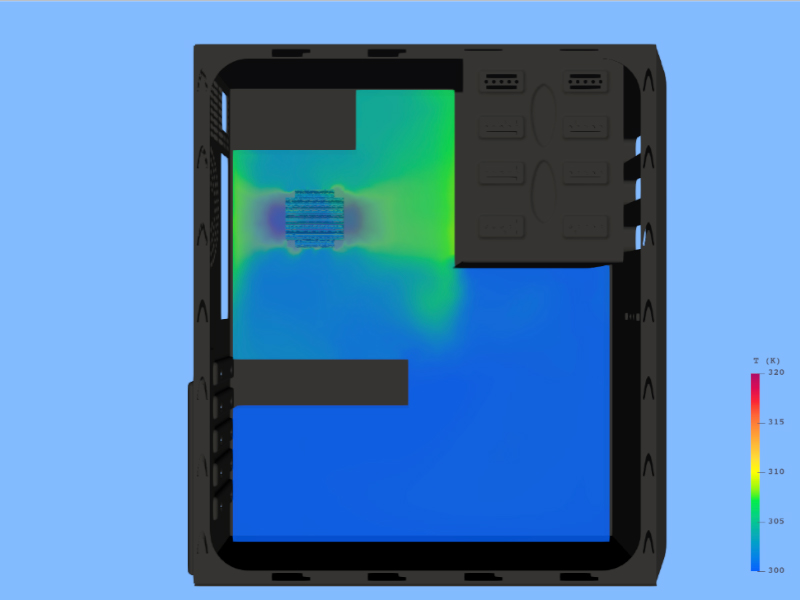 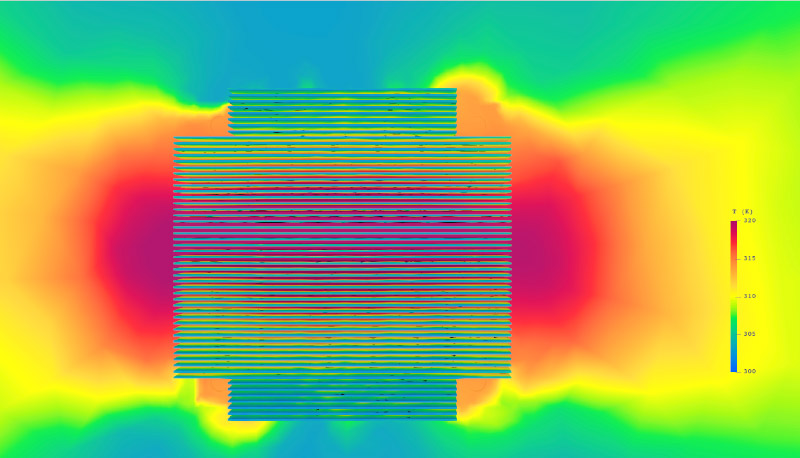 In the following video you can see different perspectives in which the pathlines are observed within the equipment:

This study has demonstrated the capabilities of CFD software to perform fluid dynamic and heat transfer analysis. More detailed studies could evaluate various design alternatives (modifying the case itself to determine other fan positions), design the heatsink that maximizes heat transfer, study the influence of other components on the transport of air, etc. Of course, the concepts applied here can also be used in other types of equipment or rooms (to determine the optimal way to cool a room, for example).

If you are interested in knowing how to prepare this type of study, you can visit our tutorial on how to prepare multibody simulations with heat transfer using SALOME and OpenFOAM.References: case and heatsink obtained by free library files GrabCAD. https://grabcad.com/library/dynatron-k129-1u-server-cpu-cooler-lga1151-l-lga1155-l-lga1156-1 https://grabcad.com/library/pc-case-9